In northwestern Uganda, by the shores of Lake Albert, sits one of the biggest game parks in Africa. Straddling 4 local districts, Murchison falls national game park covers over 3,893 square kilometers. The park was named by famous explorer Sir Samuel Baker, after geologist Roderick Murchison, then president of the Royal Geographical Society.

Murchison Falls national game park is famous for being the home of the world’s most powerful falls. With a pressure so great the ground trembles around it, the magnificent River Nile squeezes through an 8m wide canyon and plummets thunderously into what has come to be known as the Devil’s Cauldron. A sight for sore eyes, that one, that you can’t miss when you visit the top of the falls.

Endowed with over 144 mammals, 556 bird species, 51 reptiles, and 51 Amphibians, it is also home to 4 of the Big 5 of Africa. This is a term coined in the 1800s by poachers, referring to what they considered the most challenging and dangerous animals to hunt on foot. These include the African Elephant, Lion, Leopard and African Buffalo.  Track these beautiful creatures during the day or nighttime on the game drives.

The river Nile that flows through the park is home to schools of hippos, Nile crocodiles and aquatic birds like the Shoebill stork. The riverbanks host frequent visitors like antelopes, elephants, giraffes and buffaloes. For bird lovers, the park is also home to bird species like the dwarf kingfisher, Goliath heron, white-thighed hornbill and great blue turaco.

The park’s vegetation is comprised of woodland, savannah grasslands and tropical forest. Dissected by the Victoria Nile, the northern part of the park is covered by vast savannah and woodland plains famous for housing animal species like lions, elephants, buffalo, giraffes and the graceful Uganda Kob. The Southern part is mainly covered by Budongo tropical forest, rich in botanical wildlife but with a smaller number of animals. Here, primates like chimpanzees and baboons reign supreme. Get your hiking boots ready for chimp tracking in the dense forest cover of Budongo. 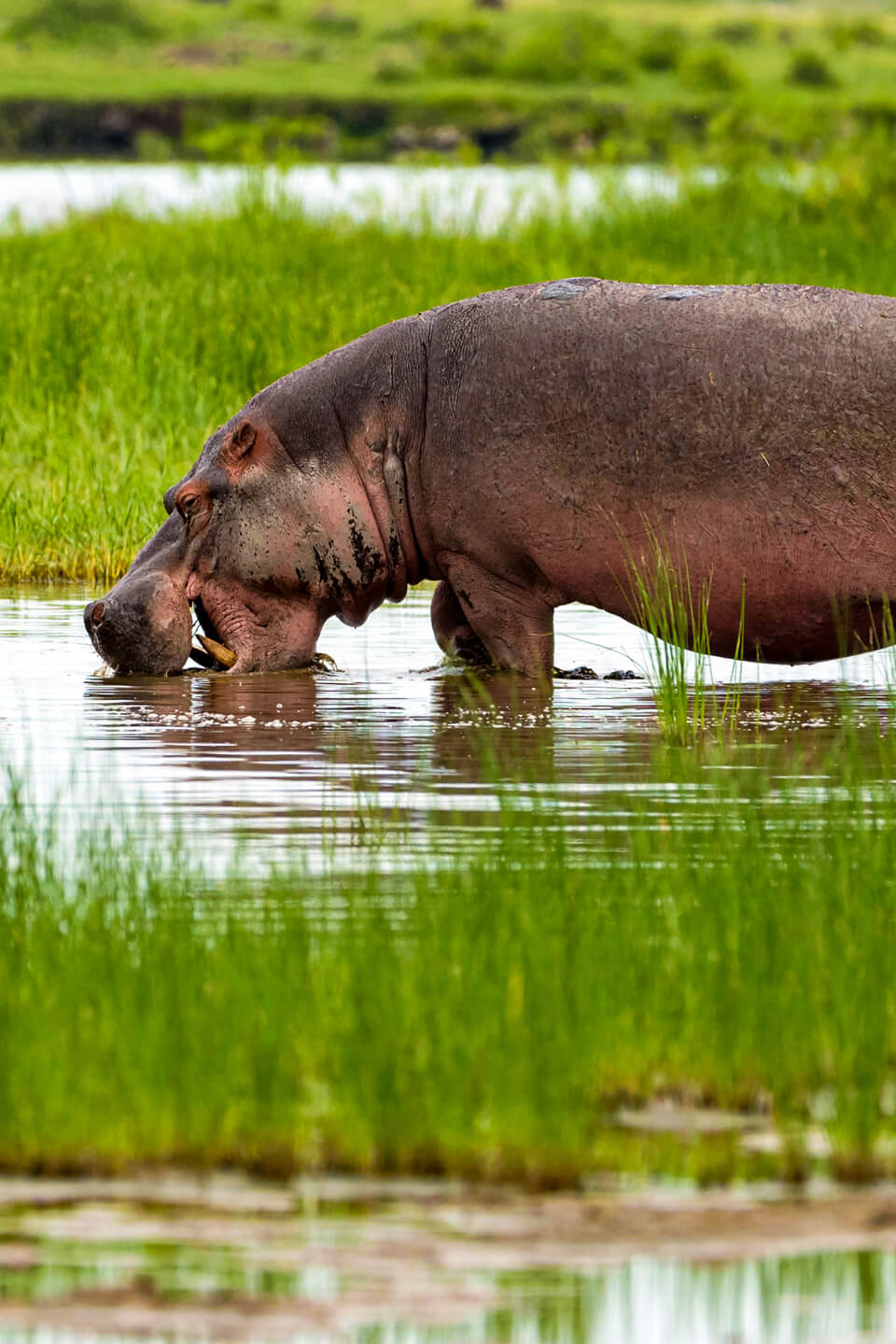 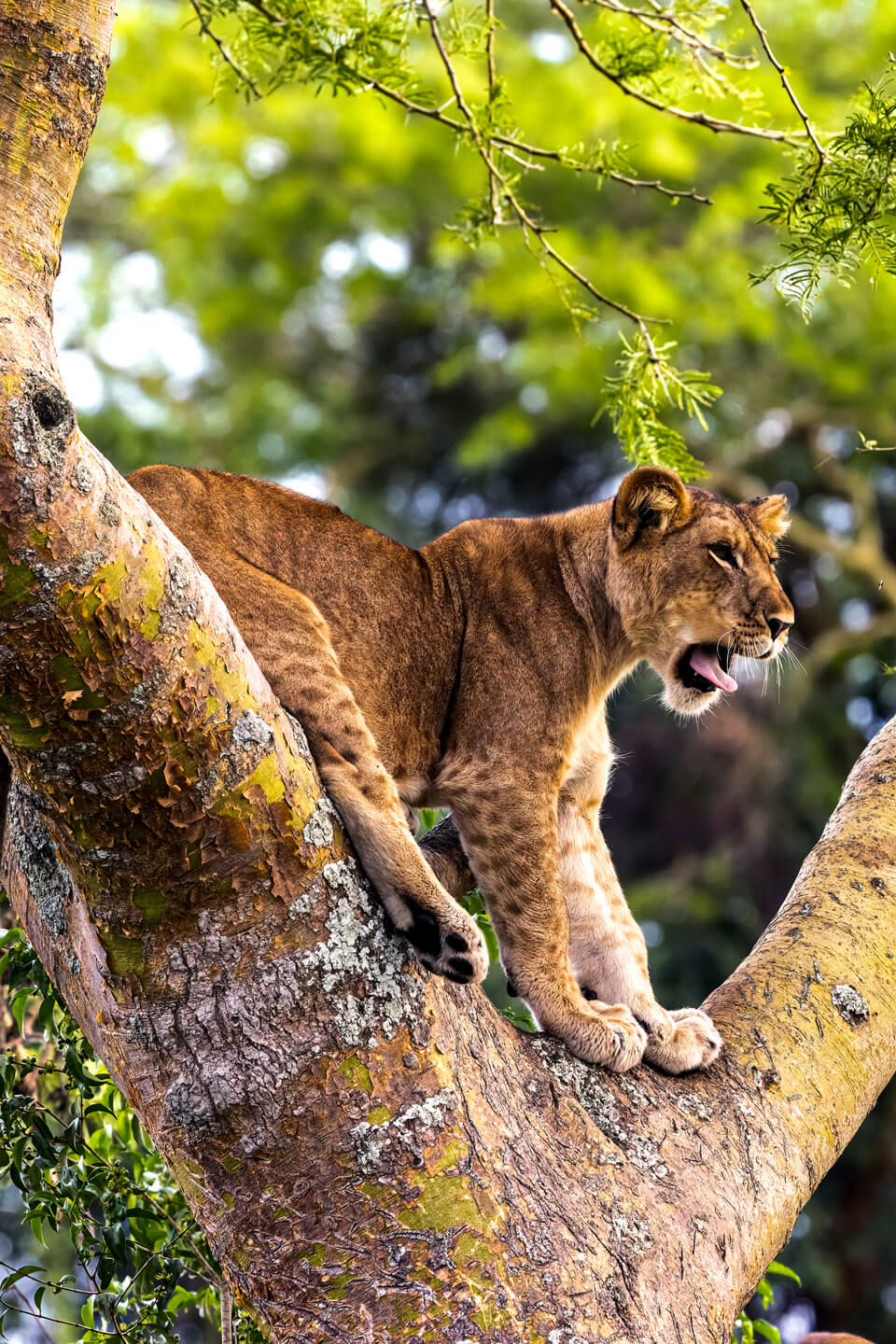 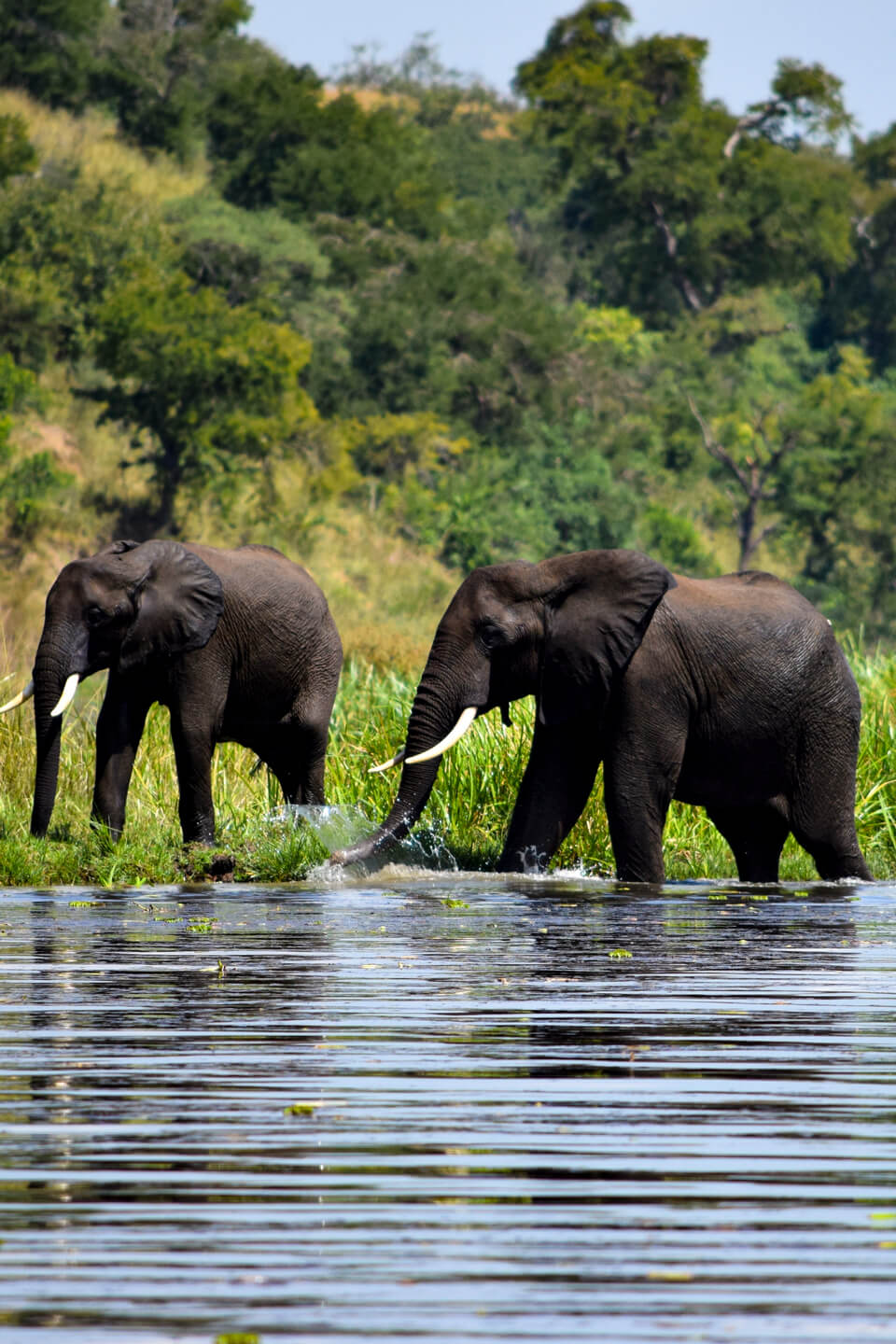 News & Stories straight to your Inbox